6th in the World at MOSWC 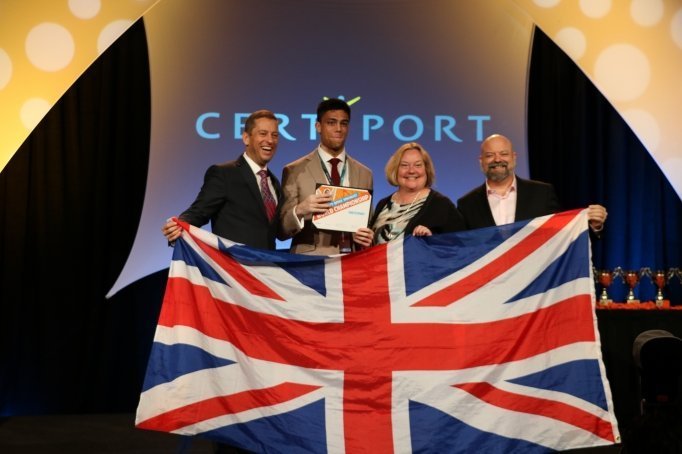 6th in the World at MOSWC

Certiport, a Pearson VUE business, recently crowned the 2016 Microsoft Office Specialist (MOS) World Champions, culminating the most popular technology skills competition on Microsoft Office and the only one endorsed by Microsoft since its inception in 2002.

Prodigy Learning and Microsoft UK are delighted to announce that Harmish Mehta (London School of Economics and Political Science) was one of these Champions, finishing 6th in the World in Microsoft Excel 2013!

In its 15th year, the 2016 MOS World Championship (MOSWC) attracted more than 700,000 unique candidates from 120 countries who took an MOS certification exam to demonstrate their mastery of Microsoft Office products.  Regional competitions were held worldwide (including the UK) and 150 student finalists from 48 countries competed in the final round of competition.

Certiport and Microsoft recognized the top student competitors at the MOSWC Student Awards Ceremony at the Hilton Orlando Lake Buena Vista Hotel in Orlando, Florida.  In the concluding round, competitors participated in unique project-based tests to demonstrate their ability to create spreadsheets for the information presented in Excel.

“As we celebrate the 15th year for this competition it is more popular than ever,” said Bob Whelan (President, Pearson Assessments). “In today’s global economy these young people understand that Microsoft Office Specialist certification gives them an edge and prepares them for success.  The competition is a lot of fun, but it also gives participants a valuable, industry-recognized certification on their resume.”

MOS certification is the only official Microsoft-recognised certification for Microsoft Office globally and serves as a powerful instrument for assessing student skills and preparing students for real-world application.

“Microsoft is continually impressed with the calibre of competitors in the MOS World Championship and we are proud to support this inspiring event,” said Anneleen Vaandrager (Senior Director of Worldwide Public Sector – Education, Microsoft).  “These students are masters at Excel and they understand that achieving proficiency in these applications will help them in their academic success and entry into the workforce.”

Andrew Flood (CEO, Prodigy Learning) added:  “Congratulations to Harmish and the other World Champions. These students can be proud of joining a very small elite group.  It is a fantastic achievement that will set them apart in their future careers.”