First 10 Regional Finalists for the ACA World Championship announced and Final set as June 10, 2015. Will you join them after Round 2?
Click Here 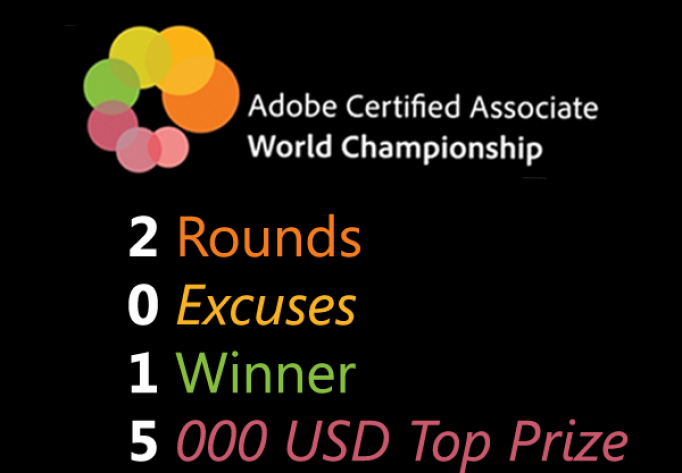 Prodigy Learning is delighted to announce the first 10 UK & Ireland Finalists for the ACA World Championship as well as confirming the date for the Regional Final as June 10, 2015 at Adobe UK in Maidenhead.

10 students from around the region have been chosen from thousands of eligible ACA exams taken during the First Qualifying Round between October 1, 2014 and December 31, 2014 to qualify for the Final.

Andrew Flood (CEO, Prodigy Learning) commented:  “On behalf of Prodigy Learning, I would like to congratulate each of the Finalists.  These students have truly proved their creative skills and we look forward to seeing them compete at the Final in June.  We’d like to thank all our customers who have participated so far and encourage all eligible colleges and universities to use the Second Qualifying Round as an opportunity to have their students join this group at the inaugural UK & Ireland Final in June.”

A further 10 students from around the UK & Ireland will be chosen using the “top-score method” (highest exam score and lowest exam-taking time) from eligible ACA exams to qualify for the Regional Final in June 2015.  This round has now started and customers are encouraged to sit ACA Photoshop, InDesign or Illustrator exams without delay to be in with a chance of joining the list of National Finalists and winning fantastic prizes.

The Regional Final will bring together the 20 finalists (selected in the two Qualifying Rounds) at an event hosted by Adobe UK in June 2015 to determine the UK & Ireland Champion.  The event will see finalists compete in a design challenge where they will be given instructions, project requirements, and assets to complete a real–world design challenge using Adobe Creative Cloud software.  The UK & Ireland Champion will be determined based on an evaluation of the finalists work.

The Adobe Certified Associate World Championship is a global competition that identifies and honours the next generation of design professionals using Adobe software. The 2015 UK & Ireland Champion will win the trip of a lifetime (sponsored by Prodigy Learning) to represent the region and compete at the final round of the World Championship in Dallas, Texas.