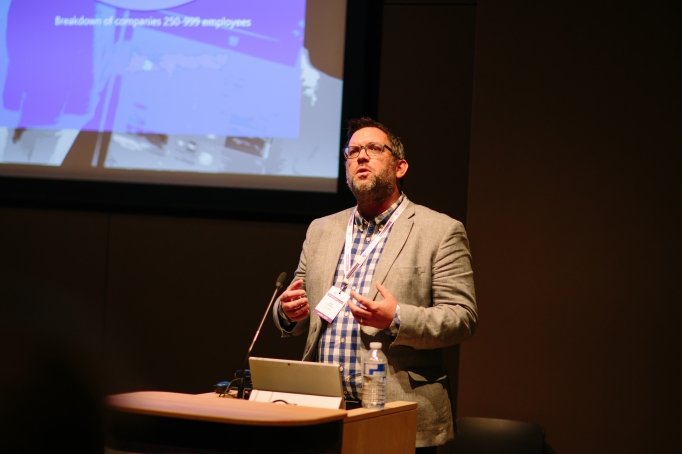 Opening the day, a thought provoking keynote was delivered by Ian Fordham (Director of Education, Microsoft UK). Ian shared how the Microsoft UK Education team are delivering on their mission to “Empower every educator and every learner on the planet to achieve more”.

“Bringing together educators from across the UK & Ireland to listen, learn, collaborate and share best practices is essential to ensuring we make continuous improvements in education and preparing students with the skills they need to succeed in future. It is exciting to see the success educators have already had in delivering future ready skills to their students, evident in the talent displayed here at the MOS Four Nations Championship Final.” said Ian Fordham (Director of Education, Microsoft UK)

He was previously CEO of Edtech UK, a strategic body set up to accelerate the growth of the UK’s education technology sector in Britain & globally; Co-founder of The Education Foundation & Director of the Edtech Incubator. He has advised numerous global companies; government departments: the Department for Education (DfE), Department for Business Innovation & Skills, Cabinet Office & Number 10. He has led 3 Edtech trade missions to the USA & Israel and planned and delivered Britain’s first Education Reform Summits in 2014-2016.

Ian’s background is in education, business & the not for profit sector. He started his career as a Sociology & Psychology teacher, worked in government for the Charity Commission before joining Education Extra as Head of Training, delivering projects for the Department of Education & Welsh Government. He became Policy Director for the charity ContinYou & helped scale up the Extended Schools agenda. He set up his own business in 2005 and worked as a policy advisor for a number of UK charities. He then joined the British Council for School Environments before setting up The Education Foundation and Edtech UK. He was a member of the UK government’s expert group on Education Technology (ETAG)