MOS Four Nations Final 2018 was held alongside CertMatters.Live in the Design Museum London on the 22nd June.
Click Here 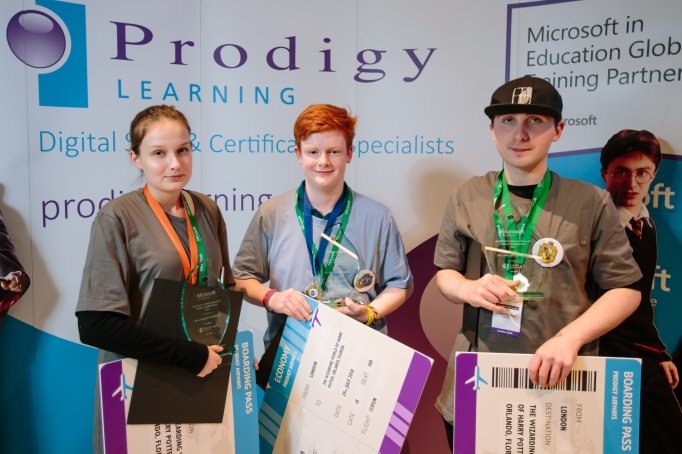 The top 8 students in each MOS program, PowerPoint, Word and Excel beat thousands of students across the UK & Ireland to secure their place as one of the 24 top performing students in the MOS Four Nations UK & Ireland Championship Final.

A special thank you to Tina Jones (Education Engagement Manager, Microsoft UK) who delivered a welcome session to the 24 finalists. Tina congratulated them on their achievement this far and highlighting the value and importance from a senior employer’s perspective which having Microsoft credentials on a CV will have for these students in future.

In addition to taking the MOS decider exam, in PowerPoint, Word and Excel, the 24 students were placed into Harry Potter House teams. Within these teams, and using a world built in Minecraft:EE as the catalyst, students demonstrated their 21st Century Skills such as collaboration, communication and their individual MOS digital skills to work together to create a business plan to launch a new music act. This was then presented to a panel of judges.

There are only 3 students out of 24 who could be crowned winners. These students will be flying the flag and representing their country in the World Championship Finals in Orlando, Florida in July. MOS Four Nations Champions beat hundreds of thousands of students across the UK & Ireland, proving they have the best digital skills in their respective program categories.
3 MOS4N UK & Ireland Champions are as follows:

We will be introducing you to our finalists over the next few days, be sure to keep an eye out for these articles.