MOS 2013 is now available, with exams released for Word and Excel. Further exams and learning solutions are expected in the coming months.
Click Here 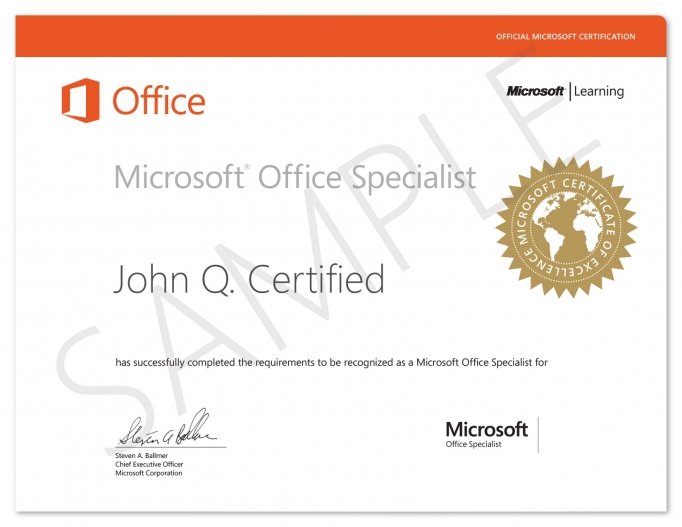 Last month, Microsoft and Certiport announced the availability of Microsoft Office Specialist (MOS) 2013, the next generation of the world’s most recognised information worker certification programme.

The new MOS 2013 exams have stepped performance-based certification testing up another notch!  The new exams improve upon previous live-in-the-application testing environment by enabling even more real-world functionality and project and standards-based outcome testing.  In previous exams, individuals would be presented with a series of situations where they would be asked to perform certain tasks in the application. The series of performance-based tasks would be unrelated to each other.

With the new MOS 2013 exams, testing candidates are presented with a project that they must complete. Rather than being a series of required tasks, individuals now must complete a project that delivers a better indicator of real world Office 2013 use.  As such, individuals are measured on their performance at a deeper skill level.  We’re very excited about these latest developments in performance-based testing and encourage you to preview the new environment in the video below:

The following exams are available now:

Please follow the More Information links (below) to view the full Release Schedule for the MOS 2013 exams.  Learning Solutions for the MOS 2013 suite are expected to be released in the coming months.  As a guideline, we are expecting practice tests from GMetrix and courseware from CCI Learning over the summer months for MOS Word, Excel, PowerPoint, Outlook and Access.  Please contact us for more details.

MOS 2013 exams require a full installation of Microsoft Office 2013 Professional or Professional Plus, along with the new iQsystem 8 / Certiport Console software.  This is in addition to meeting the usual Technical Requirements for delivery of MOS exams.  If you are looking to start delivering MOS 2013 exams please contact us for more information and assistance.