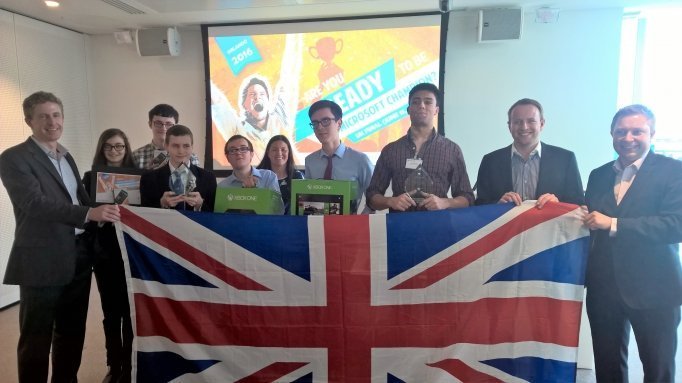 The importance of digital skills in today’s and tomorrow’s job market, is indisputable.  Independent research consistently ranks skills in Microsoft Office among the top five attributes that employers look for in prospective candidates.

MOS Certifications are a great way for students to not only develop these crucial digital skills required by employers, but to show that they are competent and accomplished in the tools and working methodologies that businesses need workers to use on a daily basis.  However, as well as the developmental benefits of working towards a MOS Certification, there is also the opportunity for some healthy competition and fantastic prizes through the MOS World Championship!

The 2016 UK Final of the MOS World Championship was held on June 15 at Microsoft UK’s Paddington Office in London.  It was a fantastic day at Microsoft’s Showcase Classroom with the UK Finalists taking their UK Final MOS Exams and hearing from Microsoft, Certiport and Prodigy Learning representatives.

There were more than one million exam entries from 120 countries for the 2016 Microsoft Office Specialist (MOS) World Championship.  Participating UK Finalists included the following students from England and Wales who were chosen from thousands of eligible MOS exams taken during the Qualifying Rounds:

Harmish Mehta (MOS Excel) and Logan Cooper (MOS PowerPoint) were crowned UK Champions and won the trip of a lifetime to fly the flag for the U.K. at the World Championship in Florida later this summer.  Matthew Taylor and Toby Aurelius were 2nd Place Winners and both received a Microsoft XBOX One Console.  3rd Place went to Danny Readman and Sarah Gunenc who both won a Microsoft Lumia Phone.

Andrew Flood (CEO, Prodigy Learning) commented:  “Congratulations to each of the Finalists, especially our Champions, Harmish and Logan, who will fly the flag for the UK at the World Championship.  These students can be proud of joining a very small elite group, the best of the best in the UK.  It is a fantastic achievement that will set them apart in their future careers.”

“We’d like to thank all the UK schools, colleges and universities who participated in this year’s MOS World Championship, contributing to a record of over one million exam entries worldwide.”

For a full selection of images from the 2016 UK Final of the MOS World Championship please click here.