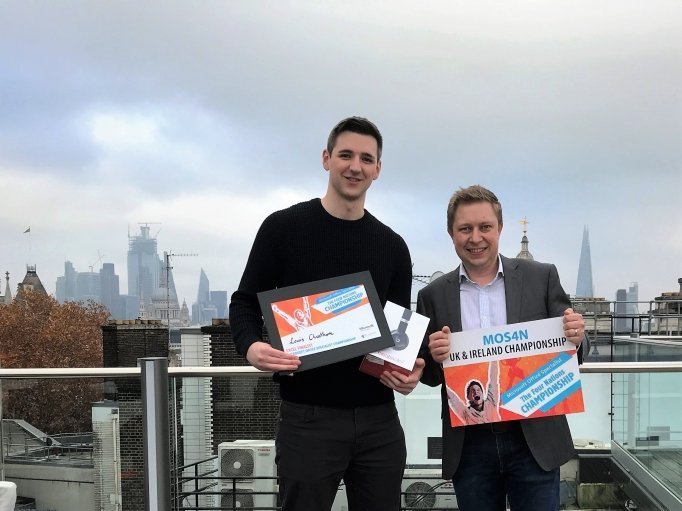 To launch MOS Four Nations Championship 2019 we gave students across England, Ireland, Scotland & Wales the chance to win one of 3 (one in each category – Word, PowerPoint & Excel) MOS419 Fast Track passes and a pair of Beats Headphones each.

A Fast Track pass secures the student’s place in the MOS4N19 London Final where the main prize is a trip of a lifetime to NEW YORK to represent UK & Ireland at the World Championship Finals 2019.

We can now reveal the first of the 3 students who have secured their place in the MOS4N19 London Final. Drum roll …

Lewis Cheetham, is the first of 3 students to be presented with his MOS4N19 Fast Track Pass to the London final in June and a pair of Beats Headphones!

A perfect Excel score qualifies Lewis for the MOS Four Nations Championship 2019 Final in London where he could win the trip of a lifetime to represent UK & Ireland at MOS World Championship Final in … NEW YORK.

There are 2 more students – Word & PowerPoint to be presented their MOS4N19 Fast Track pass and pair of Beats Headphones, securing their place in London Final. We’ll be revealing these very soon, PowerPoint qualifier will be announced on Monday26th November, which nation will they be from?