Coláiste Ghobnait is a secondary school on an island called Inis Oírr off the West Coast of Ireland. In 2016 they began delivering MOS Microsoft Office Specialist Certification programme to their students.
Click Here 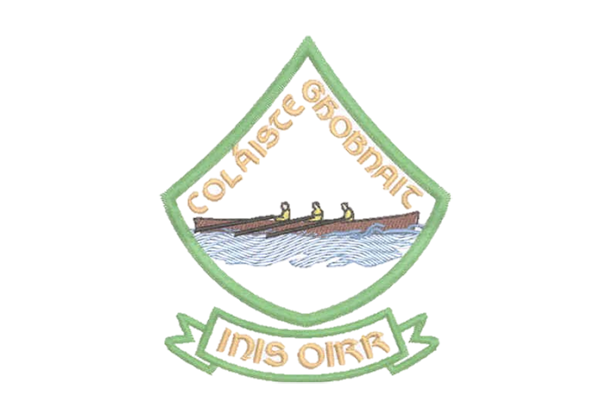 Coláiste Ghobnait is a secondary school on an island called Inis Oírr off the West Coast of Ireland with 26 students and 10 teachers in total for the 2017-18 academic year. Coláiste Ghobnait is an Irish native language speaking school which was set up in the late 80s and now part of Galway and Roscommon Education and Training Board(GRETB).

The school was originally set up for secondary students to attend up until they sat Junior Certificate Exams or Intercert as it was known then. In 2000, the first Leaving Certificate Exam was successfully achieved.
In 2016-17, Coláiste Ghobnait began their MOS Microsoft Office Specialist Certification programme equipping 10 Transition Year students with Microsoft Office digital skills, with the help and guidance of their teacher Eilís Ui Chathain.

In addition to the TY students successfully receiving MOS Certification and based on their extremely high scores in MOS Excel and Word, two of the students qualified for the MOS Four Nations Championship Irish Finals in 2017. As a small school off the coast of Ireland, producing not one but two finalists qualifying for the Irish finals of the MOS Four Nations Championship is a fantastic achievement.

Aside from equipping their students with future ready Microsoft Office Digital Skills increasing their employability prospects, Coláiste Ghobnait is also the first island school in Ireland to deliver MOS Certification programme. It is thanks to huge efforts and determination from Prinicipal Bríd Ní Dhonnacha and teacher Eilís Ui Chathain that Coláiste Ghobnait has progressed along their unique digital journey.

Eilís Ui Chathain (IT Teacher, Coláiste Ghobnait) said “We did not realise how much of an achievement it was to have two students out of ten qualify for the MOS Four Nations Championship until we learned how many other students across the whole of Ireland had entered. We’re very proud our students whose Microsoft Office digital skills are among the best in the country, we are also delighted to be giving our students the opportunity to learn and achieve certification at their own individual pace, which is the beauty of the MOS certification programme.”

Commenting on how students have put their digital skills into practice, Eilís said “The quality of presentations and school course work which we are receiving has most definitely improved, our students are utilising all of the different functions within Microsoft technologies making their work a lot more creative and professional than before they began MOS certification programme”.

Billy Breen (Ireland Account Manager, Prodigy Learning) added: “A huge congratulations to all of the Coláiste Ghobnait TY students who took part in the MOS Certification programme. It is quite a triumph for a school off the coast of Ireland to produce not one but two students with digital skills among the best in the entire country. Having a MOS Certificate will make these student’s future-ready digital skills very much in demand among employers and hugely increase their employability prospects as they head out into the workforce.”

For further details about Microsoft Office Specialist Certification programmes and other vendor qualifications from Adobe and Autodesk, see prodigylearning.com.