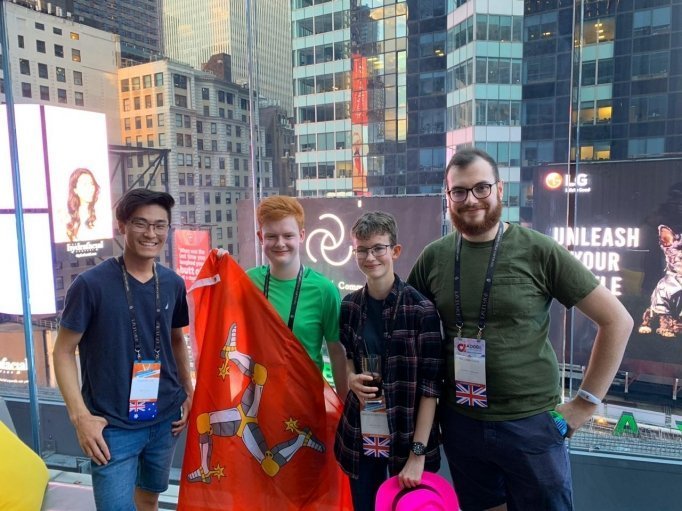 At our CertMatters.Live 2019 event, presented in partnership with Microsoft, 3 UK students secured their places as National Champions to compete at the MOS & ACA World Championship Finals in NEW YORK.

Having beaten thousands of students across the UK & Ireland by proving their Microsoft and Adobe digital skills, let’s find out how they got on at the 2019 World Championship Finals…

2019 UK Microsoft MOS Champions
In its 18th year, the MOS World Championship competition attracted more than 850,000 test-takers from 119 countries. MOS UK Champions, Adam Drummond and Amelia Robertson proved their Microsoft Office Specialist Digital Skills to be the ‘Best of the Best’, beating thousands of students across the UK to secure their places at the World Championship Final, where they went on to place 6th and 10th respectively in their individual programmes.

Students, ages 13 to 22, competed with peers to prove their superior skills in Microsoft Word, Excel and PowerPoint, culminating in the most popular technology skills competition on Microsoft Office—and the only one endorsed by Microsoft since its inception in 2002.

Speaking about the Value of Certification, Adam Drummond who came 3rd Place in World at MOS World Championship Final 2018 said ‘Certification is now on my C.V. Take for example Applicant A and I apply for the same job. Applicant A says they can use Excel. I come along and say I am proficient and have official certification from Microsoft proving I can use Excel.’

An incredible achievement for William, not only successfully earning Adobe Certified Associate certification but coupling it with an amazing portfolio and success to launch his design career.

Speaking in New York after his exam at ACWC Final, William mentioned ‘It went well, I didn’t win or anything, but having the title of best in the UK is miles beyond what I ever expected beginning this journey, I’m excited for where ACA Certification will take me next’.

From ACA to the BIG APPLE
For 2018 ACA UK Champion, Taylor Sharpe, Adobe Certification has paved the way for an incredible design career pathway. One year on, Taylor presented in New York to a Worldwide audience, judged the Adobe ACA World Championship finalist projects and much more.

Taylor Sharpe graduated with Honours in Graphic Design from Coventry University, but his Adobe Certified Associate certification is really what made the difference for his future career.

Following on from the competition and adventures to the USA, Taylor said ‘I know it has given me a better reputation as a trusted designer, seeing the qualifications on my website make me a professional who has achieved above and beyond my degree, rather than just another design graduate, as there are plenty of those to choose from. I have had more clients for my own freelance work and have also had the opportunity to continue working on brilliantly diverse creative work at a design agency for the past year.’